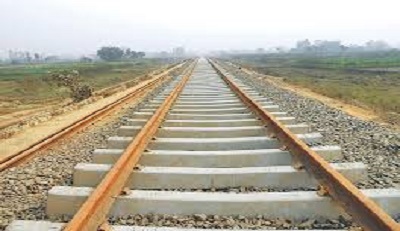 The Chairman, Nigerian Railway Corporation, Mallam Ibrahim Al- Hassan, said the coaches were shipped in from China to start passenger services from Lagos to Ibadan as the laying of tracks had reached 152 kilometres out of the 156-kilometre stretch.

Al- Hassan, who made this known during a project inspection at Ologun Eru, on the outskirts of Ibadan, on Thursday, said the two tracks would be completed by the end of July.

“The tracks have been laid up to 152 kilometres. It remains four kilometres to complete. The second track stops at 140 kilometres. I believe by the end of July, both tracks would be at the Ibadan station. We want to complete this as quickly as we can,” he said.

He explained that once the tracks were completed, the focus would be on other ancillary works such as the ongoing construction of stations and level crossings.

Al-Hassan said, “We want to complete this (track laying) as quickly as we can so that other ancillary services could continue and we could put the tracks to use. Laying the tracks is the most important part.

Once we have the tracks from Lagos to Ibadan, then when you look at the stations in Lagos, the ones in Abeokuta, they are already making progress.

“By the time we finish laying the tracks, we would be able to move passengers from Lagos to Ibadan. Then the intermediary stations can come up later. We can have temporary stations if we need to.”

According to the Managing Director, NRC, Mr Fidet Okhiria, more coaches and locomotives will be procured to start operations on the Iju-Ibadan corridor while work continues on the Lagos end up to the Apapa station.

He stated that two coaches got to Papalanto on Wednesday and that by July, there would be further inspection of another set and test. “We hope that by September more locomotives would come,” he added.Okhiria said the corporation would use the temporary stations to operate the service from Lagos to Ibadan