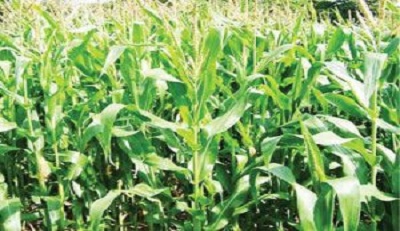 Stakeholders in the dairy and maize value chains across the country Tuesday met in Abuja to discuss opportunities that abound in the two subsectors of the nation’s agriculture.

The event, which brought together farmers, investors, relevant government and private organizations was organized by the Business Innovation Facility (BIF), Integrity, and the UKaid in collaboration with the Federal Radio Corporation of Nigeria (FRCN).

The Country Director, Business Innovation Facility (BIF), Soji Apampa, told Daily Trust at the event that the program, which cuts across three countries- Nigeria, Malawi and Myanmar sought to help 160,000 beneficiaries improve their livelihood sustainably by as much as 16 million Pounds over a period of five years with the introduction of technologies that improve their incomes.

“Today, we are exposing the innovations that we have arrived at in dairy and maize. We have people from the Kano Dairy Union, Ladoga Grazing Reserve to showcase what they have achieved through what we introduce to them.

First of all, we found that most pastoralists are going up and down and many people in Nigeria assume the reason is cultural or tradition but we are finding out that the reason is more existential than cultural- is a search for fodder and water,” he said.

To make one litre of milk, a cow needs to drink at least 3 litres of water in a day. To also produce the milk, it needs good quality fresh grass at least 10 percent of its body weight.

So a cow of 150 kg needs at least 15kg of fresh green grass to eat. Mr Apampa stressed that the climatic changes in the north as well as drought are forcing an exodus of herdsmen towards the south.

“Genetically, even the breed that we have in Nigeria is not a breed for milk but meat; but across Africa, that particular breed is given at much as 6 litres of milk per day. Meanwhile, in Nigeria, they are getting as low as 0.3 litres a day,” he added.

According to him, the programme intervened through the introduction of hybrid elephant grass, which significantly improved milk yield and has been adopted by farms in Niger, Sokoto and Daura which are now planting the grass.

Mohammed Kabir Salihu, coordinator, Maize Association of Nigeria North-west, explained the gains made in the last few years and debunked claims of poor market for maize and aflatoxin by processors and poultry farmers. He said that farmers now use the Aflasafe technology.

Alhaji Babagana Imam, Head Agric Division, Nigeria Investment Promotion Commission, described the event as significant because it highlights key issues on how to promote investment along the agricultural value chain, adding that their mandate was to coordinate and promote investments.