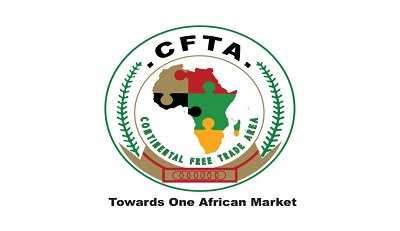 The president had on July 7 signed the AfCFTA agreement at the 12th Extraordinary Session of the African Union Heads of State in Niamey, Republic of Niger.

A statement by Malam Garba Shehu, the Senior Special Assistant to the President on Media and Publicity, in Abuja on Sunday, said the National Action Committee would be comprised of representatives of Ministries and Agencies with competent and relevant jurisdiction.

Other members of the committee, according to him, are selected stakeholder groups from the private sector and the civil society to coordinate the implementation of all the AfCFTA readiness interventions.

He said members of the committee would on inauguration, undertake a process of engagement with stakeholders to sensitise them on the opportunities and challenges of the AfCFTA, with preparedness plans for Nigerian economy.

“Upon ratification, Nigeria will domesticate the Agreement by incorporating it into existing laws or enacting new laws, as appropriate. Engagement shall shortly start with the Ninth National Assembly,’’ he added.

Shehu revealed that the President had approved recommendations of the Committee on Impact and Readiness Assessment of the African Continental Free Trade Area (AfCFTA) Agreement.

The Committee, which was inaugurated by the President in October 2018, submitted its report on June 27.

“The Report and consultative process raised the bar in engagement by Government with Stakeholders and set a standard for building support for strategic areas of public policy with clarity on concrete parameters for implementation action.

“The AfCFTA Agreement, which creates a single market for goods and services and movement of persons to increase intra-African trade and deepen African economic integration, has Phase I and Phase II negotiations.

“These were adopted by the African Union Heads of State in Kigali on March 21, 2018,” he said.

According to him, the Phase II negotiations are expected to commence in January 2020 and will cover competition, investment and intellectual property rights. Shehu disclosed that the recommendations approved by Buhari included: “Signature and ratification of the AfCFTA Agreement.

“Engaging in the ongoing negotiations of the annexures of the Agreement to incorporate safeguards for the economy, such as: a longer period to achieve AfCFTA’s trade liberalization ambition; common exclusive and sensitive lists for ECOWAS.

“Import quotas for exclusive and sensitive products; security and customs cooperation and other measures to tackle smuggling, non-tariff barriers to trade and predatory trade practices.’’

He said the president approved sustaining the trade reforms at ECOWAS including “the establishment of a common trade policy, improving the operation and welfare gains from the ECOWAS Trade Liberalization Scheme (ETLS) and establishment of an ECOWAS peer review and audit mechanism.

“Establishing and championing programmes at AU/AfCFTA to resolve the critical continental level challenges to the success of the AfCFTA including smuggling, abuse of rules of origin, low production and service capacities, poor infrastructure and revenue loss.’’

On the list of the President’s approval are: “Fast-tracking domestic work for the implementation of AfCFTA readiness interventions to enhance productivity, competitiveness and facilitate trade which include policies to grow local capacity to produce and export goods and services.

According to the presidential aide, following the signing of the Agreement, Nigeria plans to participate in the ongoing negotiations on the annexures of Phase I agreement and protocols to incorporate the above safeguards approved by the President.

“For Trade-in-Goods Protocol, the annexures will include schedule of tariff concessions; rules of origin; customs cooperation and mutual administrative assistance; trade facilitation; transit trade and transit facilitation, technical barriers to trade, sanitary and phytosanitary measures, non-tariff barriers and trade remedies, for the protocol on trade in goods.

“For Trade-in-Services Protocol, the annexures will include schedules of specific commitments, Most Favoured Nation (MFN) exemption and the annex on air transport.

“Overall, the implementation of the AfCFTA is going to be a long journey.’’

Shehu quoted President Buhari as reiterating the Federal Government’s commitment to ensuring that “Africa achieves a free and fair trade environment governed by rules that are predictable, enforceable, and in line with the intent and objectives of our continent which are growth, through increased intra-African trade, job creation and improved terms of trade in a rapidly changing global economy.’