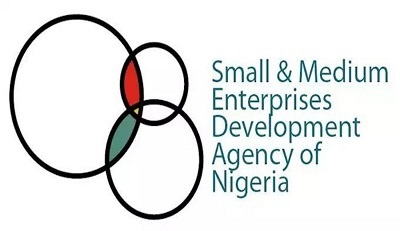 The Director-General (DG) of Small and Medium Enterprises Development Agency of Nigeria, (SMEDAN), Dr Dikko Umar Radda, on Saturday, in Kano, said the agency has concluded plans to provide a suitable platform, through which small and medium enterprises can access funds, meant at developing the sector.

Radda stated this during the official signing ceremony of the memorandum of agreement between SMEDAN, microfinance banks and cooperative societies in the north-west geo-political zone under its one local government, one product (OLOP) initiative, held in Kano.

He said one of the major challenges that threatened the development of micro and small businesses was due to stringent measures introduced by the apex bank, hence SMEDAN was working assiduously in providing an enduring solution to the challenge.

Dikko said SMEDAN has introduced a programme titled one local government, one product, targeted at identifying a common product in a local government, aimed at guiding them to form organic clusters and enhance their capacity on how to move their businesses forward.

The DG maintained that the issue of interest on loan accessed by small and medium business entrepreneurs was one of the major challenges that hampers the development of the sector.

The zonal coordinator of SMEDAN in Kano, Alhaji Ahmad Mohammad Madaki, said the one local government, one product programme was an initiative of SMEDAN.

He said the intervention being offered by SMEDAN includes workplace, working capital and machinery.

Madaki, therefore, urged small and medium entrepreneurs in the country to embrace the programme, with the goal of achieving the desired objectives.

The ceremony was graced by small and medium entrepreneurs from the north-western part of the country.